Elizabeth Farmer was born about 1772 in Hereford, Herefordshire, England. She was the first child of Benjamin Farmer and Mary Mills. A private baptism for Elizabeth was held on 1st Jun 1772, presumably at home - this could mean that Elizabeth wasn't in the best of health when she was born.

Later a church baptism for Elizabeth was held on 15th Jul 1772 at All Saint's Church, Hereford. 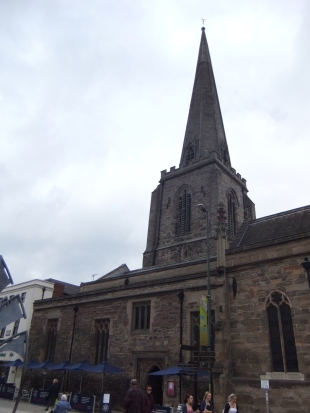 Elizabeth married Thomas Todd, A Factor, on 29th Dec 1798 at All Saints Church in Hereford.

The witnesses were Elizabeth's father, Benjamin Farmer, and her sister, Ann Farmer.

By 1802 Elizabeth was living with Thomas in Birmingham, Warwickshire, England and their son, Thomas Todd, Jr. was born on 10th Sep 1802.

On 29th Nov 1821, Elizabeth's father, Benjamin Farmer died. Benjamin had left a last will and testament, but failed to name an executor. Elizabeth pleaded for Letters of Administration and these were granted to her. 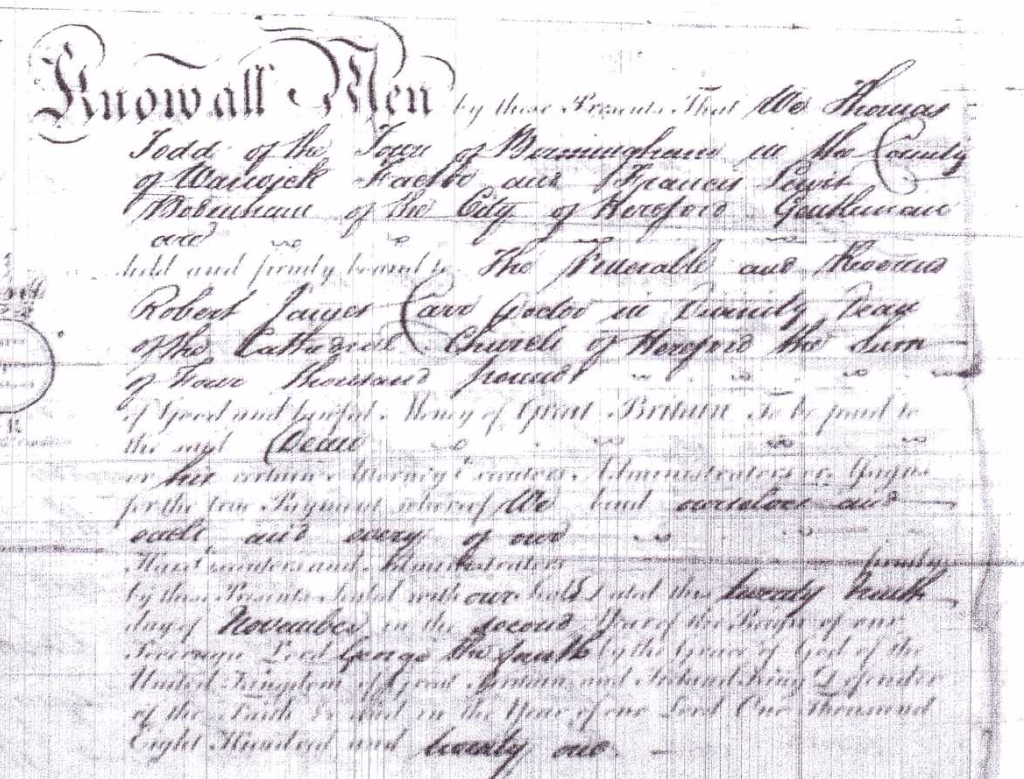 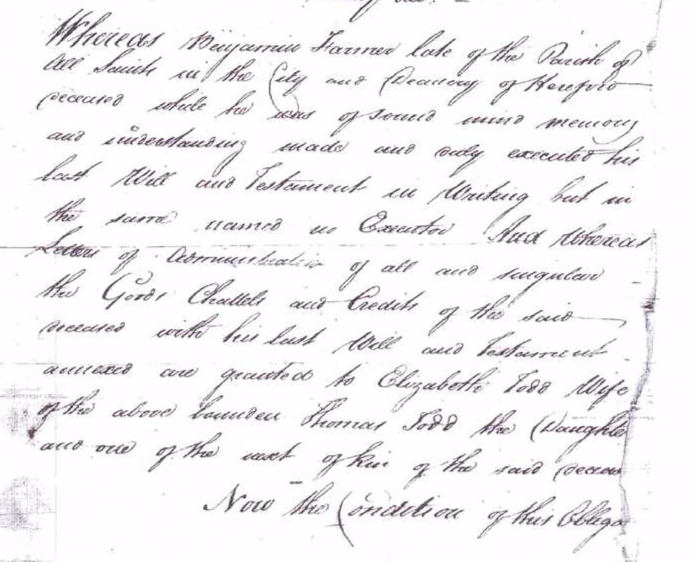 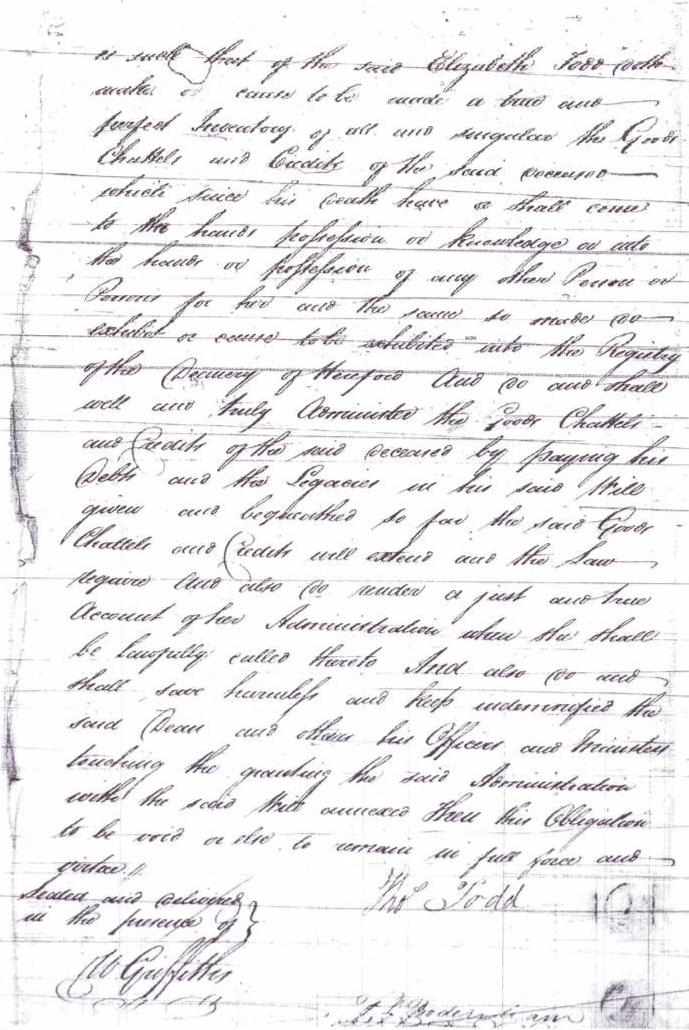 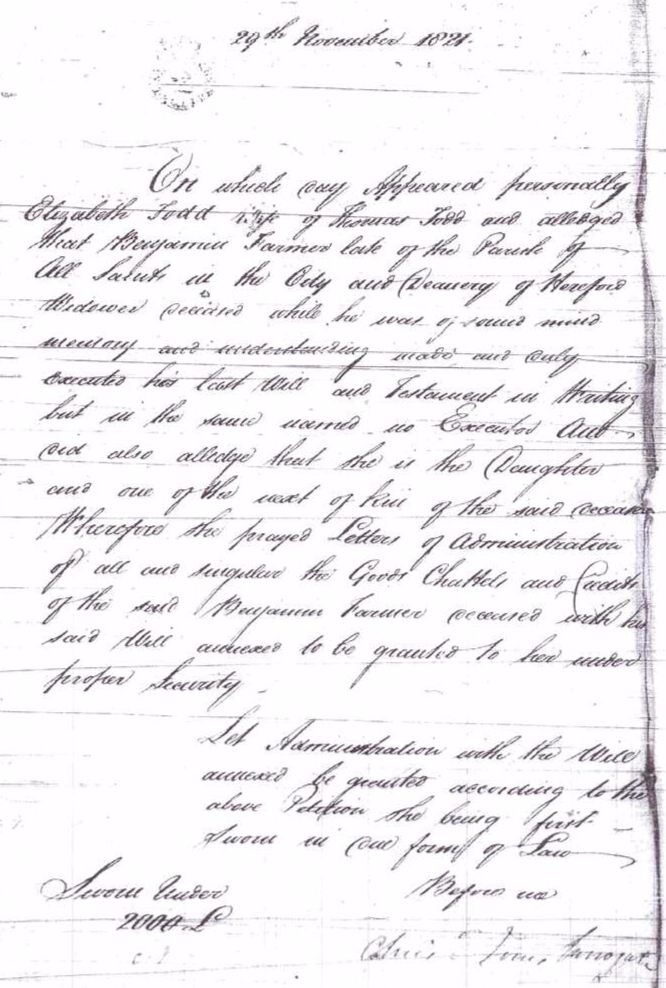 The big mystery to me, is who is Thomas Dudley and why was he present at the death, and the informer? As yet I have no clues. 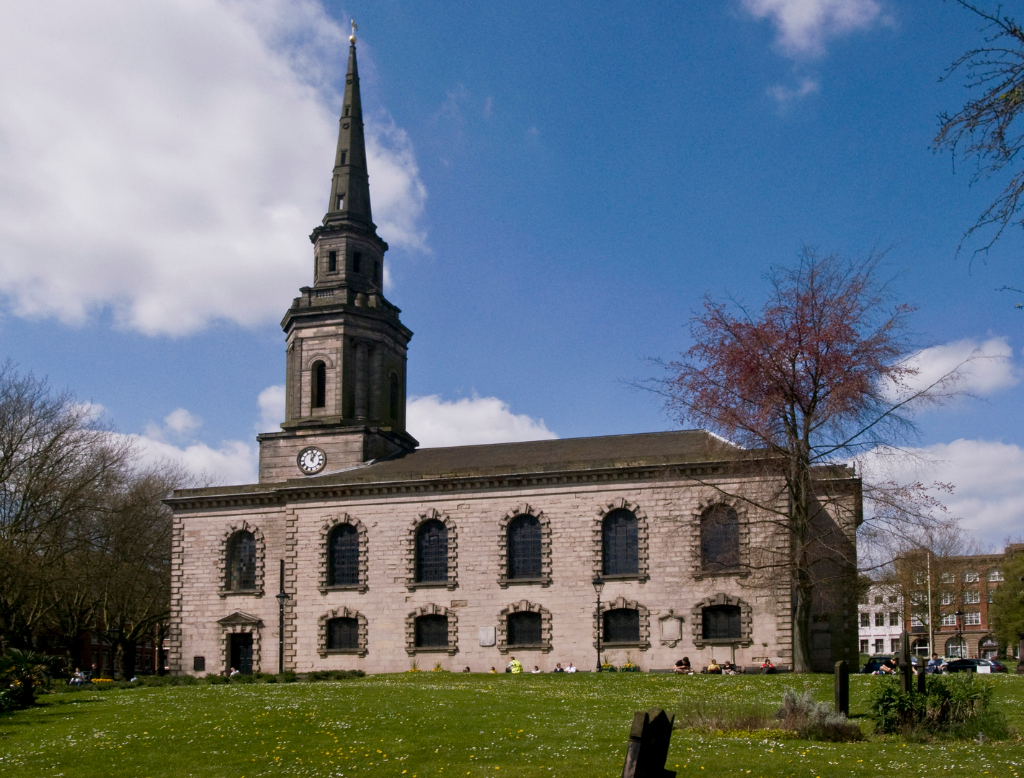 There is an online memorial for Elizabeth at findagrave.com

Elizabeth Farmer and Thomas Todd had the following children:-