The Brock Family in the 1911 Census 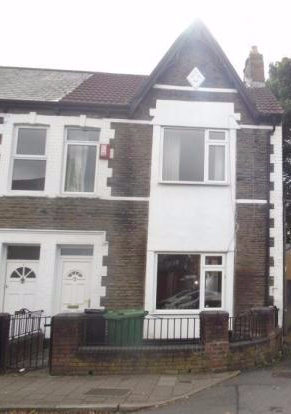 Crystal was only 16 (though the certificate says 17) when she married George Farmer on 13th Apr 1923 at the Register office in Cardiff. I suspect that she was probably already pregnant with my Grandfather, George Harry Arthur Farmer, as he was born less than 8 months later. Crystal was still living with her parents at the same address as in 1911 and her mother was one of the witnesses.

It's possible that the couple lived with Crystal's parents for a short while because their first child, George Harry Arthur Farmer, was born at 2 Wyndham Place on 1st Dec 1923. By the time their second child, Dorothy Doreen Crystal Farmer was born in 1925 they were living at 140 Craddock Street, Cardiff - not far from George's parents at 156.

By the birth of third child, Joan Freda Farmer, in 1927 the family were living at 14 Blackstone Street, Cardiff, and in 1930, for the birth of fourth child David John Farmer, they were at 42 Deere Road, Ely, Cardiff. In 1936 their fifth child, Crystal Roslyn Farmer, came into the world at 62 Deere Road - is this a transcription error, or had they moved yet again? 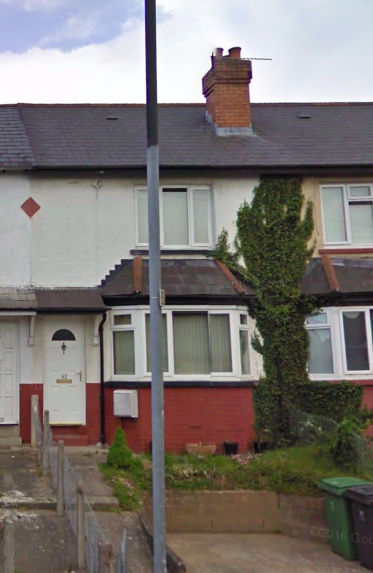 The family is next listed in the 1939 register as living at 10 Archer Road, Cardiff though it can't be long after this that Crystal and George were divorced. 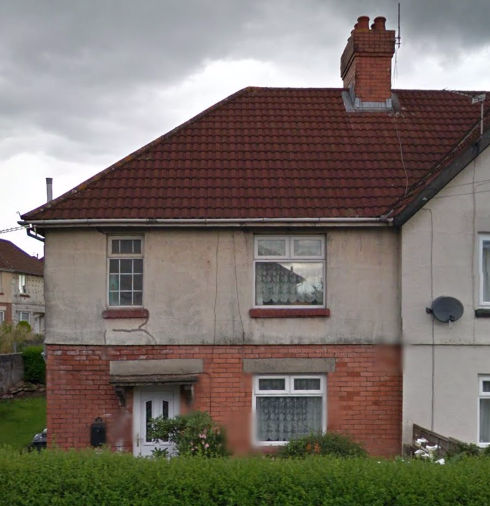 Crystal and the children left Wales to start a new life in England during the War years - a time of upheaval for many people. It has been said that the family ended up in Birmingham for a while, but so far I haven't found anything to back that up. What is known is that by 1945 Crystal had settled in Guildford, Surrey, England - here she is in the 1945 Surrey Electoral Register living with Charles Henry Gunner at 34 Drummond Road, Guildford.

Crystal went on to marry Charles Henry Gunner on 28th Dec 1960 at the Register office in Guildford. By this time Crystal and Charles were living at 123 Rydes Hill Road, Guildford. Crystal's youngest daughter, Crystal Roslyn Farmer, was one of the witnesses. 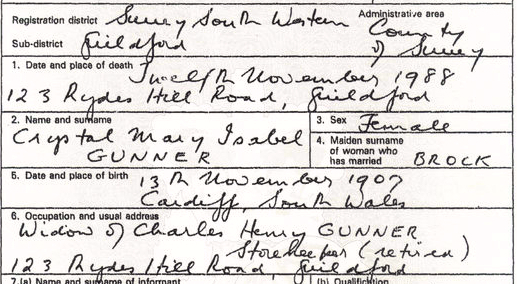 Crystal was cremated at Guildford Crematorium on 18th Nov 1988. There is an online memorial for Crystal at the findagrave website here.